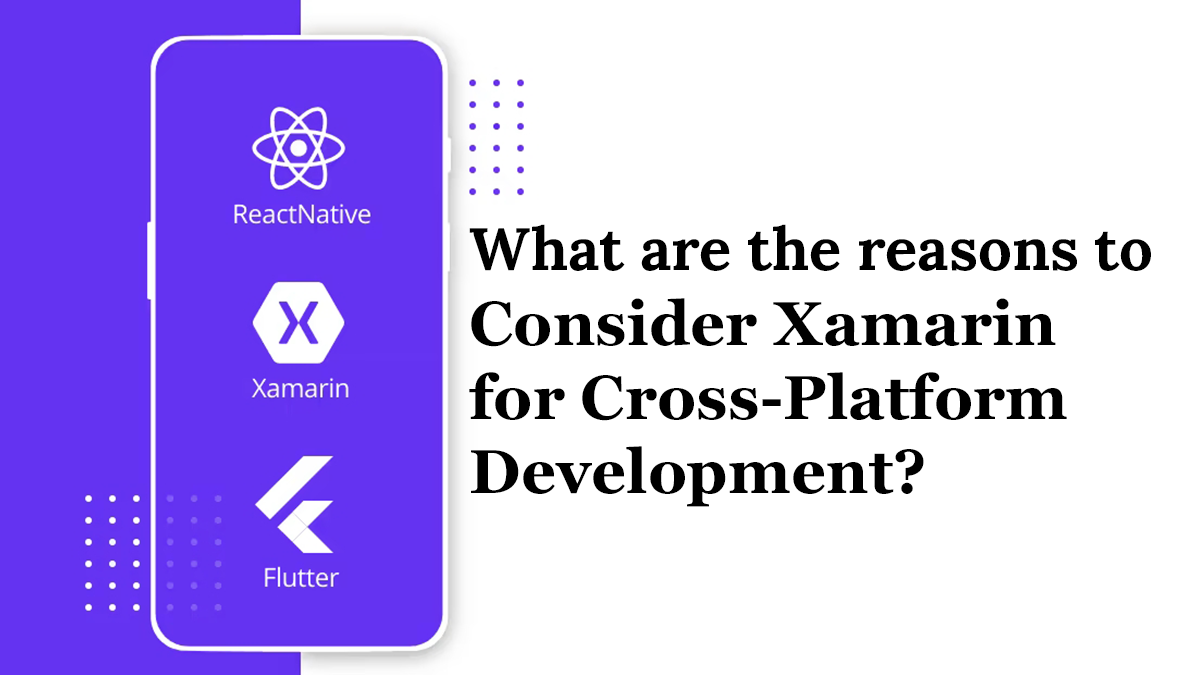 Xamarin allows developers to create native apps for iOS, Android, and Windows, using C# and .NET –the most popular programming languages in the world today. However, when developing with Xamarin, you aren’t limited to just one language; you can use all these languages simultaneously within one project. Xamarin uses what is known as shared projects to let developers write code once and run it anywhere, removing the need to learn multiple languages and skill sets, thus saving time and money along the way.

Xamarin is a cross-platform app development software that allows developers to use the same code to build apps for Android, iOS, and Windows. It also has a great IDE in Visual Studio.

The cost-effectiveness of Xamarin is a huge benefit. When you’re looking to create a cross-platform app, two major factors will drive up the cost. The first one is having to purchase licenses for each platform or device you want your app on. The second factor is the cost of developers who have expertise in each platform.

Xamarin is an open-source technology, which means that it is free to use and that the code is available to everyone. This makes it an attractive option for developers who want to customize or modify their apps.

Xamarin provides native experiences across platforms, which is one of the main reasons it’s so well-suited to cross-platform development. This means that you’re able to retain the look and feel of your app while reducing time to market.

XCode is a popular choice for iOS development, and Android Studio is the main IDE for Android development. Visual Studio Code is an open-source, cross-platform editor from Microsoft that runs on Windows, Linux, and macOS. All of these editors are supported by plugins to facilitate Xamarin development. These plugins allow you to work in your preferred environment while still using the power of Xamarin tools to build native apps across platforms.

7. Compatible with all major app stores

Xamarin can be used to create apps that are compatible with all major app stores. This includes the iOS App Store, Google Play, and the Windows Phone Store. It is a great option for developers who want to reach as many users as possible.

Xamarin has a very active developer community with a lot of support channels. A few channels are Stack Overflow, the Xamarin Forums, and the Xamarin Slack channel.

Xamarin app development companies have a large, active community of developers that are always looking to help and share knowledge. With the introduction of Xamarin Forms, it’s possible to create fully native cross-platform apps with a single codebase in C#. This means that you can write just one project in C# and have it work on iOS, Android, Windows Mobile, and Windows Desktop platforms out of the box.

Xamarin empowers developers to build native iOS, Android, and Windows apps with C#. With Xamarin, developers can use their existing skills to build fully native mobile apps with the same codebase on each platform. This significantly reduces coding and testing time without sacrificing quality or performance.

So, these are the top reasons to consider Xamarin for cross-platform development. If you want assistance in Xamarin app development, contact our experts at Technogiq IT Solutions.